Filling Denton County with music, creativity, and community since 2013.
We strive to foster a love of music and REAL progress via in-home
and online lessons to students of all ages and abilities.
Learn More


We believe that by bringing music to people of all ages we can actually change lives through enriching their minds.


We come to you! This keeps you from having to drive to yet another location.

Our curriculum combines a balance between both classical and popular styles keeping lessons interesting and informative.


Ampersand offers two annual concert events for our students to come together and perform.

At Ampersand we believe in music. We believe that music has the power to change a person’s life. We believe that Music can inspire great ideas, heal the mind, and even feed the soul. Music is everywhere, in every culture, part of every creed, and community. Music my not be the universal language, but it is a universal human need.

The word ampersand comes from the Latin phrase “and per se,” meaning “and by itself.” At Ampersand Music we use the word “ampersand” as our company’s name as if to say “Music in and of itself.” We believe that by bringing music to people of all ages we can actually change lives through enriching their minds.

Ethan began the pursuit of music at a young age of 9, playing guitar in a Bluegrass Gospel band from ages 9 to 15 at festivals and concerts across Texas and Arkansas. The band had many accomplishments including Recording a full length studio album, appearing live multiple times on a Dallas based radio station, and sharing the stage with Grammy nominated acts like The Isaacs Family. In 2008 Ethan started an Alternative Rock band encompassing all original music. In 2009 the band was able to appear as the opening act for the Grammy nominated rock band After Edmund. In 2011 the band signed a management contract with a Dallas based booking agency. That same year the band released a studio single on iTunes, Amazon, and Spotify. August of 2014, Ethan graduating from the University of North Texas, with a bachelors degree in Finance.

June of 2013 Ethan co-founded Ampersand Music School along with his brother Benjamin. Together they operate Ampersand as business partners bringing music lessons to students throughout the Denton County area. Ethan’s passion is to inspire students with a love for music and to give his students the tools they need to create music on their own

Benjamin Shirey began performing music at the early age of 9 playing double bass. He later went on to study voice, guitar, piano, drums and music composition. First and foremost Benjamin considers himself a composer. He received a bachelor’s degree in Music Composition in 2010 from University of North Texas and later received his Masters in Music Composition from the same university. His mentors include composers Jon Nelson, David Stout, Cindy McTee, Andrew May, and Panayiotis Kokoras. His compositional work explores acoustical phenomenology, art teleology, and the epistemology of music itself, expressed through a variety of forms such as installation art, experimental opera, textural counterpoint, intermedia performance and music for film.

In June of 2013 Benjamin co-founded Ampersand Music School along with his brother Ethan. Benjamin is very passionate about teaching the next generation musicians and composers. It is his hope to impart a love for music and a thirst for creativity in music.

Kara Walton is a Jazz Vocalist and Songwriter who has been based in the DFW since 2016. Growing up as a military child, she moved frequently throughout her upbringing, gaining skills and experience from her travels around the world. She plans to graduate from the University of North Texas in December of 2020 with a Bachelor of Music in Jazz Studies and a Bachelor of Science in Audiology/Speech Language Pathology. Throughout her time at UNT she has studied Jazz Voice and Jazz Piano, and has sung and toured with prestigious ensembles such as the UNT Jazz Singers (UNT’s premier vocal jazz ensemble) and the One O’ Clock Lab Band (UNT’s premier Big Band). In 2018, she studied music abroad at the Royal College of Music in Stockholm, Sweden. Throughout this academic  year, she spent her time expanding her skills in composition and arranging as well as collaborating with many international musicians. Outside of her studies, Kara has spent time performing, teaching, writing, event planning, tour managing, as well as working a variety of administrative roles. 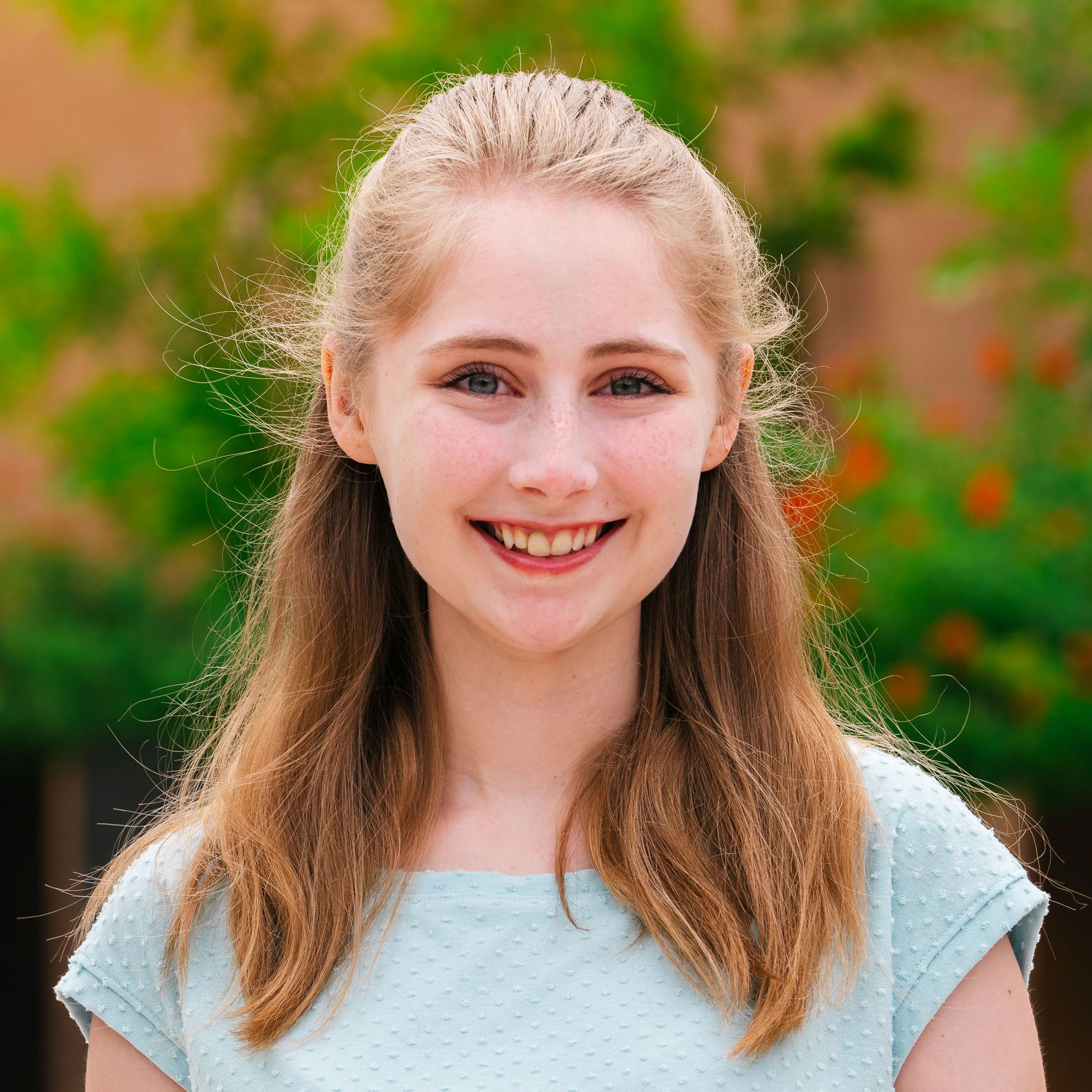 Julia Boudreaux is a pianist and organist currently working towards a master’s degree in Sacred Music and Organ Performance at Southern Methodist University. Julia grew up in south Louisiana and began studying piano at the age of nine.

For the last 12 years Julia has worked for many churches as organist/Director of Music, as well as regularly teaching private
music lessons. She has taught students of all ages and has taught many different styles, such as classical, jazz, show tunes, and popular music. She attended Louisiana State University where she received her
undergraduate degrees in Organ Performance and Academic Studies of
Music, while also studying piano, voice, and French. In addition to studying at SMU, Julia is currently the organist at Northridge Presbyterian Church.

Rolen is a 16-year-old multi-instrumentalist originally from Northwest Arkansas. He mainly focuses in rock ‘n’ roll drumming but is also a strong guitarist and vocalist. He grew up with influences such as Elvis Presley, The Stooges, and Metallica, which soon turned what was once a simple hobby into a life passion.

He has since grown to range in the study of other genres such as rap, jazz, soft pop, and funk. His ever-expanding musical journey seem limitless and he is thrilled to embark on a new adventure as an intern with Ampersand Music School.

In third grade Sean Lynch began piano lessons and continued his studies for four years. Later in High School, Sean Lynch learned to play drum set in a black gospel church of Dallas and is proud to say that his first job ever was performing and playing drums.

Inspired by the music of Steely Dan, The Dave Matthews Band, Blink 182, Tower of Power and later on the music of Wayne Shorter, Sean started playing the drum set regularly. As his playing progressed, he then went on to win several snare drum competitions.

Sean later attended North Central Texas College on a full performance scholarship. In 2012, he placed second in the TCCBDA Jazz Competition. He is currently a jazz studies drum set major at the University of North Texas.

In January of 2019 he played on recordings that won the national ATW jazz competition.

Sean is devoted to making the world a more musical place. He dedicates his life to making music worth listening to, music that provokes you to cry, laugh, shout, smile and dance.

Lessons with Sean can be described as exciting, inspiring and challenging.